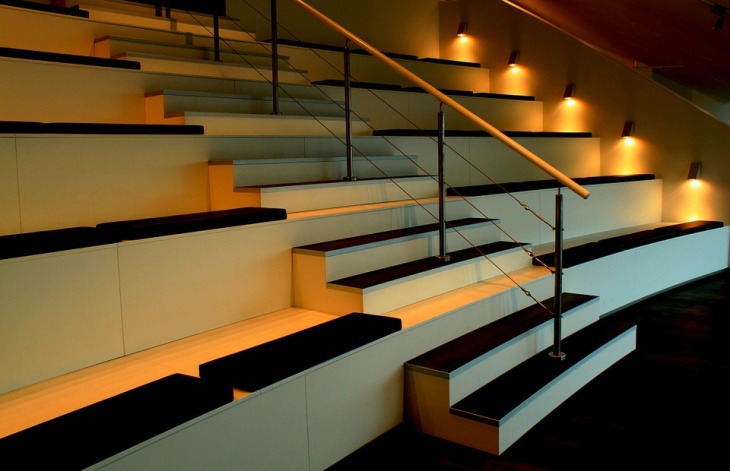 There are always cultural events happening coast to coast across Canada. Performances that are interesting to see and that are unique to each province. Some of the most interesting and exciting theatre comes out of smaller, lesser known theatre festivals. To explore some of Canada’s bigger theatre festivals you can read last year’s article, 9 Canadian Theatre Festivals to Enjoy This Summer. Here are five more companies that are creating some exciting theatre this year.

Neptune Theatre is located in Halifax, producing work that engages audiences with stories that represent the history and diversity of their region. Their line up this year ranges from main stream shows like Cinderella to Nova Scotian stories like The Argyle Street Kitchen Party. Neptune is also producing Canadian works such as The Last Wife by Kate Henning (which was produced Ontario’s Stratford Festival in 2015). Later in 2020, they’ll produce Ghost Light which is written and performed by New Brunswick actor, Shawn Wright (which was in PEI’s Confederation Centre of the Arts last summer).

Classic Theatre Festival is located in Perth. They are celebrating their 10th season and are known for producing plays from the Golden era of Broadway and the London Stage. This summer, their line up consists of two Bernard Shaw plays Pygmalion and Androcles and the Lion. They also produce a series called Perth through the Ages each year, which is a walking play around the city. This summer they are sharing their new play of the series, The Forgotten Ones, which is set in the Depression era and is about how a rural town pulled together during this challenging decade.

A Company of Fools – Ottawa, Ontario

A Company of Fools is located in Ottawa producing innovative, entertaining and accessible shows based on the works of Shakespeare. They are known for their Torchlight series where they tour local parks with a 90-minute version of a Shakespeare play using physical theatre, slapstick, masks and puppetry. Their most recent production that is touring this summer is Romeo and Juliet it runs from July 1st to August 17th.

Rosebud Theatre produces theatre that displays the beauty and complexity of life in the city of Rosebud just east of Calgary. This year Rosebud Theatre is producing a number of plays such as The Kite, Lilia this summer, The Mountaintop this fall and A Christmas Story this Christmas. They are also known for their 15 Minutes of Fame Music Festival which is happening August 25th, it supports local established and emerging musicians.

Vancouver International Improv Festival (VIIF) is one of the longest running improv festivals in North America, operating since 1999! The festival’s goal is to celebrate spontaneity and collaboration through improvisation. They feature over 40 unique performances and workshops to celebrate the improv scene in Vancouver and has become a destination from improv companies around the world. The festival runs from September 23rd to 29th their schedule to be released soon!

Every province celebrates the arts in their own way, whether it’s turning to classic text like Shakespeare and Bernard Shaw or sharing local stories or music. The Arts are a way to celebrate our Canadian culture. If don’t have plans to travel, then you can find entertaining theatre and arts festivals in your own communities. They are worth checking out!

What are some of your favourite smaller theatre festivals? Let us know on Twitter @mosaic_times or on our Facebook page.