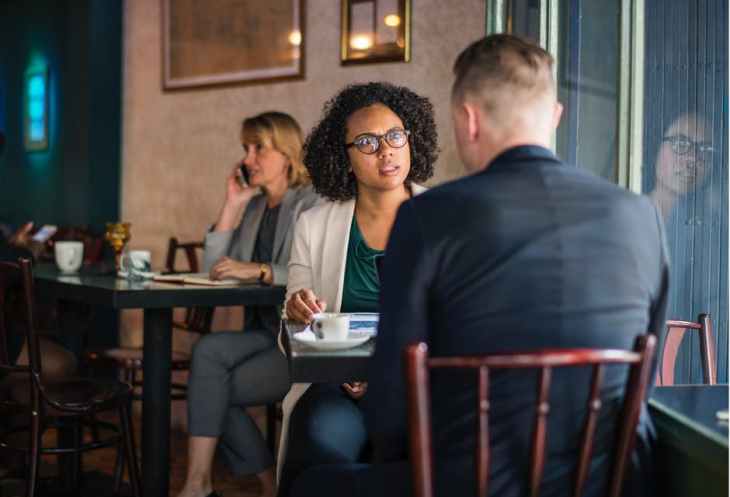 My friend is an apprentice tradesperson. A few months ago he walked into a factory that he had never worked at before, and senior tradesperson was leading him to the machine my friend needed to work on. Along the way they passed several Black Canadians. The senior tradesperson turned to my very white friend and said, “There’s a lot of [N-words] here today.” My friend told me that he was surprised and in the moment didn’t know what to say, so he stiffened and hummed to acknowledge the comment. He later told me that he wished he had said something, but wondered how that would have affected his working relationship with someone who was his professional senior. This happened in Canada in 2018.

I think many of us have had similar experiences. There have been times when I was so shocked by a bigoted comment that I didn’t say anything. We know that calling out racist words and behaviour is the right thing to do, but when the moment comes we don’t act. One of the most well-known Canadian stereotypes is that we are polite. However, sometimes our politeness can get in the way of doing the right thing. Perhaps our hesitation really boils down to fear; fear of conflict with a family member, friend, co-worker, or stranger. A little fear isn’t always a bad thing, it helps to keep us safe. You never want put yourself or anyone else in danger.

Speaking up doesn’t have to lead to a dramatic confrontation.

But speaking up doesn’t have to lead to a dramatic confrontation. It can help someone re-evaluate their behaviour and enlighten them, but the thing is it doesn’t always need to. The point of speaking up is to say that bigoted language and actions are unacceptable to you. That you will not tolerate it, that you firmly stand with minorities, visible and invisible, and those more vulnerable than yourself. In doing so, you may not change the offender’s mind, but you never know who your words may influence. Sometimes peer pressure can be a positive thing.

Often, people are unsure what to say. The best course of action is affected by many factors. What is your relationship with the person? Are they a family member, a friend, a co-worker, or a stranger? What did they say and how did they say it? Finally, you have to take your own personal safety into account when speaking up.

I found several articles online that have tips on how to confront casual racism such as the Australian website It Starts With Me and Carleton University’s article Take Action Against Racism. The best resource I found online to suggest strategies for speaking up was an article on the Southern Poverty Law Center’s website called “Speak Up: Responding to Everyday Bigotry.” It has strategies for dealing with all different types of relationships and examples.

When it comes right down to it, any response is better than being a silent bystander. Speaking out doesn’t mean having to give a big speech.  A questioning glance or a simple statement can be enough. In an interview on Out in the Open on CBC Radio, Piya Chattopadhyay interviewed Todd Minerson, the former head of White Ribbon, and his response to a rape joke by a recreational hockey teammate was to simply say “That’s not funny.” Later, some of his other teammates thanked him for saying something.

The depth of conversation that is needed depends on your relationship to the person who made the comment.  The closer your relationship (like that of a family member) the better the opportunity for meaningful discussion. Then there are the relationships that fall in between, like a co-worker or an acquaintance. This was the case for Kim Evans, a Unit Head at Statistics Canada. An acquaintance of hers posted a comment on social media complaining about the clientele of a particular store, “I’m not prejudice but there weren’t too many of us white English speaking folks there.” Kim confronted her acquaintance via Facebook messenger. Speaking of her feelings, she said “I had a strong reaction. I felt I did need to say something…it was a moral issue.”

Sometimes we just don’t want to believe that people we know and like can have offensive views.

Evans noticed that many people commented on the Facebook post in question, but they were trying to minimize what the poster had said, “What I did notice with her post was that many of her friends tried to spin what she was saying into support local business to distract from the blatant racist sentiment of her post.” It’s natural to want to avoid conflict, especially on social media. However, this can lead to downplaying the prejudiced statement, rather than calling it out in a respectful manner. Sometimes we just don’t want to believe that people we know and like can have offensive views.

I haven’t come across many people who regret speaking out against bigoted language and behaviour. Most of the regrets, come from not saying anything at all. Upon reflecting on her experience, Kim said “I felt like I did the right thing speaking up. I should have put a comment on her [Facebook] page for all to see…Maybe use the opportunity to point out the inappropriateness.” We may not always do it well, but it is important that we respond to bigoted comments and actions. This is how create a more inclusive and just society.