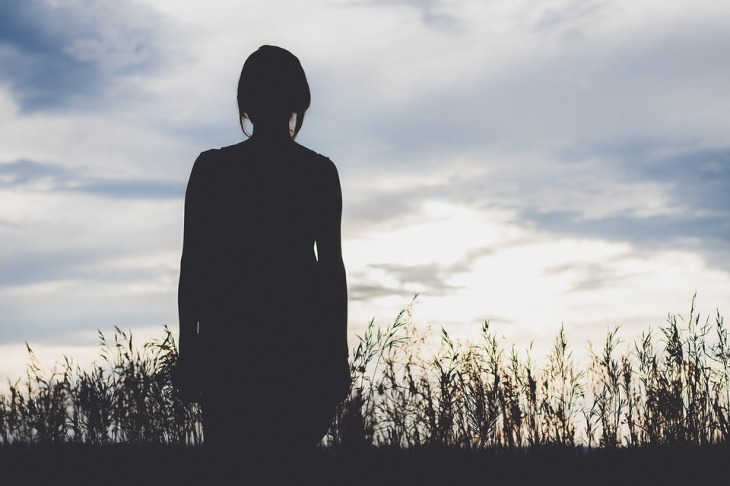 A few years ago I was participating in a survey over the phone. At the end of the survey the caller asked if I was a visible minority. “I don’t know,” I responded. “Well are you or aren’t you?” they asked. I eventually said yes, although I wasn’t sure how accurate that was. I am biracial, half white half South Asian; but my skin is fair and eyes are blue, so I look pretty white (unless I have a tan). The minority part I could answer clearly, the visible part was a bit more complicated. I told my husband about it and he jokingly said, “If we’re just going on visuals, in the summer you say yes, and in the winter you say no.” We laughed and joked that I was a “seasonal minority.”

This is the second article in a series on Undercover Minorities. Read the first here.

I present as white and live in Canada, but my Indo-Caribbean heritage has been a huge part of my life and something that I am proud of. I grew up within the West Indian community in Calgary, Alberta in the eighties and nineties, and that culture was present in all aspects of my family life. Friends, food, music, dancing, and slang were all informed by the West Indian diaspora. Of course, not all of my family and friends were from the Caribbean. My mother’s family, with European heritage, have also been loving, wise, and exposed me to the realities of rural farming life. All of these cultural experiences helped to shape who I am today.

My childhood was similar to that of other children in the West Indian community, so it was tough for me to accept that I could benefit from white privilege. Did I want to experience racism? Absolutely not! Nobody made a big deal out of the colour of my skin and eyes, but it was weird that strangers had no idea of my heritage. It was odd that I looked so different from other biracial people in the media with similar backgrounds, like comedians Shaun Majumder and Arj Barker. It doesn’t seem fair that I have the advantages of white privilege while other people with a similar genetic make up to mine do not. This sentiment is shared by many biracial people who pass for white.

Historically, it was hugely advantageous for people of colour to pass for white. Passing for white opened up a whole new world of opportunities, affecting where you could work, live, and go to school. Although our society has evolved to become more inclusive, white privilege still exists.

What does white privilege look like today? When whiteness, not even culture, is considered the norm then it is imbued with more authority and a sense of safety. I found very clear examples of white privilege at Teaching Tolerance: “My skin color does not work against me in terms of how people perceive my financial responsibility, style of dress, public speaking skills, or job performance. People do not assume that I got where I am professionally because of my race (or because of affirmative action programs). Store security personnel or law enforcement officers do not harass me, pull me over or follow me because of my race.”

I think undercover minorities are in a unique position where we can use our white privilege to combat racism and promote inclusion in our everyday lives. We have the cultural experiences of visible minorities, and we are aware of the experiences of our family members, and we feel the injustice deeply. Anyone can call out prejudiced comments and actions in their everyday lives, but we have white privilege as our buffer and its unearned sense of authority.

Acknowledging white privilege doesn’t mean people with fair skin must exist in a state of constant guilt. As stated on Teaching Tolerance, “White skin privilege is not something that white people necessarily do, create or enjoy on purpose.” No one begrudges a white person’s accomplishments or questions whether or not they were deserving. The issue with acknowledging and understanding white privilege is recognizing that visible minorities often face invisible barriers that white people will never encounter.

I think that most white people want to be allies in creating a more inclusive world. One of the most important first steps is acknowledging and accepting the reality of white privilege. From there, we can challenge racist opinions and actions among our peers. We may not do it perfectly, but it’s important we do this to show that a racist statement isn’t just part of a harmless joke or okay in casual conversation among friends. It’s easier said than done. When I was younger, the few times I heard something hateful I was so shocked I didn’t know how to respond.

The truth stares at me from my reflection in the mirror.

At the end of the day, the truth stares at me from my reflection in the mirror. Despite the fact that my cultural and family experiences are similar to other biracial people, my experiences in the world have always been and will be different due to my fair skin. An undercover minority has a complicated relationship with white privilege. I didn’t always want to acknowledge that I befitted from it, but I do. It’s up to me to decide what I do with my privilege.

To find more definitions and explanations of white privilege, you can find relevant articles at Time and this Westminster College PDF of White Privilege: Unpacking the Invisible Knapsack by Peggy McIntosh.