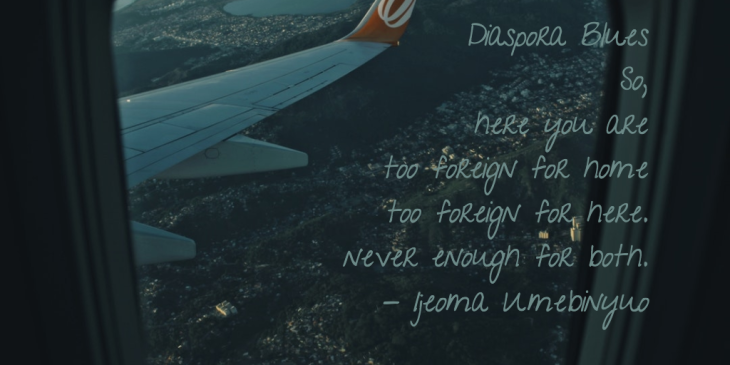 It had been a long flight. I was an experienced traveler, but at five months pregnant my body felt the full extent of the nine hours from London to Vancouver.

The captain announced our descent and I sat back, hand on my growing belly, reflecting on our decision to return. My daughter would be born in Canada. Certainly, by global standards this gave her enormous privilege. But I had been away a long time – what would it mean to be Canadian when it wasn’t in relation to a host country? Who was I when I no longer had to explain my journey? Nobody would even know I had taken one. I suddenly felt very foreign.

The plane touched down. The baby kicked. After three countries and almost 10 years abroad I was finally home. I just didn’t know what “home” meant anymore.

I wasn’t the only one. Recent estimates suggest that about 2.8 million Canadians live abroad, with the majority in the US and the UK. Canadian identity is complicated at best, but expats form a unique subset, immersing themselves in other cultures and languages until the unfamiliar becomes familiar and home defies borders.

But it’s not just the sense of home that evolves. Living outside Canada means gaining an outsider’s perspective, and this can be both gratifying and unnerving. To examine your country through a foreign lens is to see it more clearly – flaws and all. My years abroad coincided with an interesting period in Canadian history, when Canada’s focus shifted from environmental protection and peacekeeping to isolationist and anti-immigrant policies. At a time when I might otherwise have proudly worn my Canadian flag, I sought to disassociate myself from it, integrating further into my adopted countries.

Yet privately I couldn’t escape thinking about Canada. I followed Canadian news, religiously watched clips from the Rick Mercer Report and congratulated myself on avoiding yet another Canadian winter while secretly missing the beauty of snow. As my own sense of identity shifted, I began to wonder how other long-term expats felt.

Canadians are renowned for fretting over their sense of identity, and expats engage in this behaviour even more intensely. Author Will Ferguson even based his bestselling book, Why I Hate Canadians, on the reverse culture shock he felt after 5 years spent living in Japan, writing, “My first few days back in Canada were difficult […] The question that was gnawing away at me was this: Do we, as Canadians, deserve Canada?”

Expats may be highly critical of their country, but they also gain a deeper sense of appreciation for things many take for granted. Simon and Martina Stawski, creators of the popular blog Eat Your Kimchi spent eight years in Korea and now live in Japan. “[T]here are a lot of things about your home country that you don’t appreciate while you’re living there,” they write, “because you haven’t experienced living any other way. Coming to Korea made us appreciate a lot of things about Canada that we just never really thought about before.”

This newfound appreciation may be one of the reasons why many expats, especially younger ones, eventually return. When they do, they return with their own, more global sense of what Canada means. Still others elect to stay abroad, shaping Canada from the outside in.

My daughter was born on a cold winter’s day and immediately became a Canadian citizen. Her identity will be formed by a collection of experiences – ones that will hopefully allow her to explore new places and find home wherever she makes it.

This is the first article in a series on Canadian expats where we will explore topics on Canadian identity and emigration.

Cait Espinoza is a writer, editor and co-founder of Mosaic Times. View all posts by Cait Espinoza